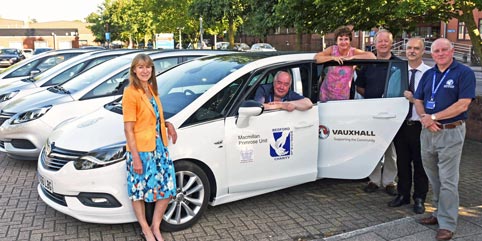 The photograph shows our Chairman, Deborah Inskip, and some of our volunteer drivers with one of our cars. We are grateful for the continued support of Michael R. Peters of Bedford.

The feedback received from patients shows that our service is greatly appreciated and helps relive the burden of arranging daily transport to Cambridge. The friendly atmosphere during the journeys encourage our patients to share experiences and support each other.

The Appeal remains open for donations. In view of the increasing number of patients needing radiotherapy treatment and the high mileage the cars cover, we continue to accept donations for the future replacement of Primrose Cars. You can give on line by going to our Donations page.

The Appeal goes on!

This scenario has been repeated day in, day out for over twelve years through the Primrose Car Service at no cost to our patients.

Since January 2006, patients from the Primrose Oncology Unit going to Addenbrookes for Radiotherapy treatment have been able to travel in comfort and without chargedue to a pioneering car service set up and run by the Bedford Hospitals Charity. Previously the patients were dependent on Patient Transport Service vehicles which collected a number of patients requiring different treatments at Addenbrookes from around the county before making their way to Cambridge. The whole trip often lasted all day. Thanks to the dedicated Primrose Car Service, which is believed to be unique in the NHS, patients are conveyed by comfortable Vauxhall Zafira cars from home to Addenbrookes and returned home as soon as the treatment – which only takes a few minutes – is completed.

The five cars are purchased by the Charity and driven by unpaid volunteers who are coordinated by a part-time coordinator paid for by the Charity, and the patient management is provided by the East of England Ambulance NHS Trust. Each year approximately 2000 patient journeys are made.

We need to replace the cars every two to three years at a cost of upwards of £60,000 to purchase similar vehicles

“You made my stressful treatment more bearable. Everyone was so thoughtful and helpful. Thank you so much”

“Without exception your drivers showed the greatest car, courtesy and consideration at all times”

“This service is a godsend and the drivers are wonderful” 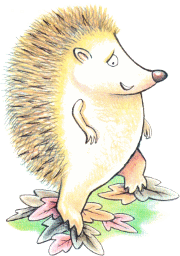